Last week we grabbed some red bull and popcorn and watched the finals of the Madden 15 Super Bowl Challenge – and they were insane. Over $2,000 in cash and NFL swag was on the line, and you could tell people were out for blood. But only two WorldGamers got to walk away with the […]

Crazy and exciting things have been happening in the last few weeks here at WorldGaming. We’re launching a whole new slate free to enter cash money Leaderboards. Get the full details below! Upcoming Tournament Schedule : Weekend of February 20th What are you waiting for? Join a Tournament Now and Start Winning!   WorldGaming Updates and […]

She’s crazy cool and all ours! RayRayKay joined us last week and we’re excited to introduce WGNation and WGArmy to the beautiful and talented host here at WorldGaming. She’s going to be introducing you to the newest and hottest WorldGaming features. She’ll also be hosting live Twitch streams, broadcasting live from our events across North America, […]

We’re counting down the days until the NextGen instalment in the “Mortal Kombat” series, “Mortal Kombat X”, is available. The April 15th release date is fast approaching so, if you wondering what to look forward to in this new game, look no further. Can we just fast forward to April already? We’re stoked for this game […]

Click here for detailed tournament entry instructions Direct Leaderboard Qualifier Links How does this work? Enter one of the leaderboards available below, during the leaderboard time frame simply challenge other gamers on WorldGaming, play your opponent on your console and report your match results in the WorldGaming Report Center. If you are at the top […]

Now that football is over, we can all start giving hockey our full attention again. If you have the itch to get on the ice and play some NHL 15, but maybe you’ve been too busy on Madden lately, then this post is for you. We’ve been playing more NHL lately too, but we’re a […]

One of our favourite Gamer Girl’s here at WorldGaming is FIFA 15 star Fangs. In this matchup, she’s putting her pep to good use and showing us her fastest ever FIFA 15 squad. Check out the full video here (including the sweet header goal at 3 min 30 sec):

Sony announced earlier this week that they will be offline for 4 hours this Thursday in order to conduct some routine maintenance. Routine PSN maintenance Thursday 1/15, 9am-1pm Pacific. Log in prior to retain online play/app access. http://t.co/sQ0tYwMzgB — Ask PlayStation (@AskPlayStation) January 13, 2015 For those of you trying to play on Thursday, you’ll […]

The WorldGaming College Network traveled to Mont Tremblant, Quebec this past weekend to introduce the first ever #WorldGamingLounge inside the sold out Tours des Voyageurs hotel. The SnowJam weekend was hosted by Campus Vacations and included over 800 students from Queen’s, McGill and Concordia University.  With temperatures approaching -30°C, the #WorldGamingLounge was the best place […]

As 2014 comes to a close, we’re taking a look back at the amazing year that was in the world of eSports and competitive video gaming. What a year it’s been as we’ve seen sold out arenas, astronomical prize pools, gamers becoming bigger than movie stars and even a few scandals. Here’s our top 10 […]

Gamers across North America (including yours truly) were left holding lifeless controllers and staring at blank screens over Christmas as hackers from the infamous group “Lizard Squad” launched DDOS attacks on PSN and XBL. The foreshadowed interruptions happened over the holiday, preventing the thousands of users who just unwrapped their consoles for Christmas as well as […]

Leaderboard & Brackets Plus NBA2K15 Has Landed

It’s true, NBA2K15 went live on the New WorldGaming yesterday. Thousands of you have been asking us when it would arrive, and we’re pleased to say that Thursday December 11th was the day! With the new WorldGaming platform and latest round of updates, we now have the ability to add the newest games more quickly so you […]

As promised, we’ve been working nose to the grindstone since our first Beta release a week ago today. Since then we’ve had 3 interim releases all of which are designed to improve the WorldGaming experience for you during the Beta phase of our new platform release. We’ll be keeping you in the loop by giving you weekly […]

My name is Rob Segal and I’m the CEO here at WorldGaming. I wanted to reach out to you directly and give you a personal update on the status of premium subscriptions and what’s on the roadmap for the WorldGaming platform. With the launch of the new Beta site and more specifically the launch of our […]

Today is an exciting day for us here at WorldGaming HQ in Toronto. This morning we sent out our first round of private Beta invitations for our players to test the new platform. Check your inbox now to see if you’re on the first invitation list. If you are one of our premium members and […]

Welcome to Inside WorldGaming

Since WorldGaming was founded the world of video games has changed drastically. We’re changing right along with it and we’re glad that you’re coming with us on this exciting ride. You’ve been waiting for the new WorldGaming platform to launch and we’ve been working tirelessly to put the final touches on the brand new user experience and platform. We’re […] 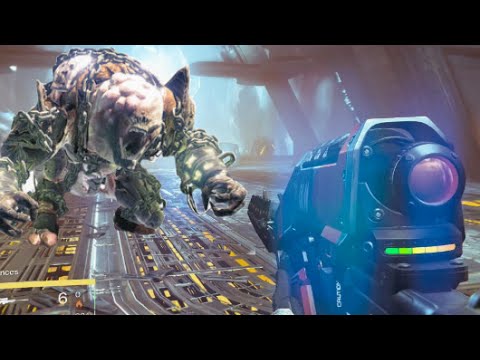